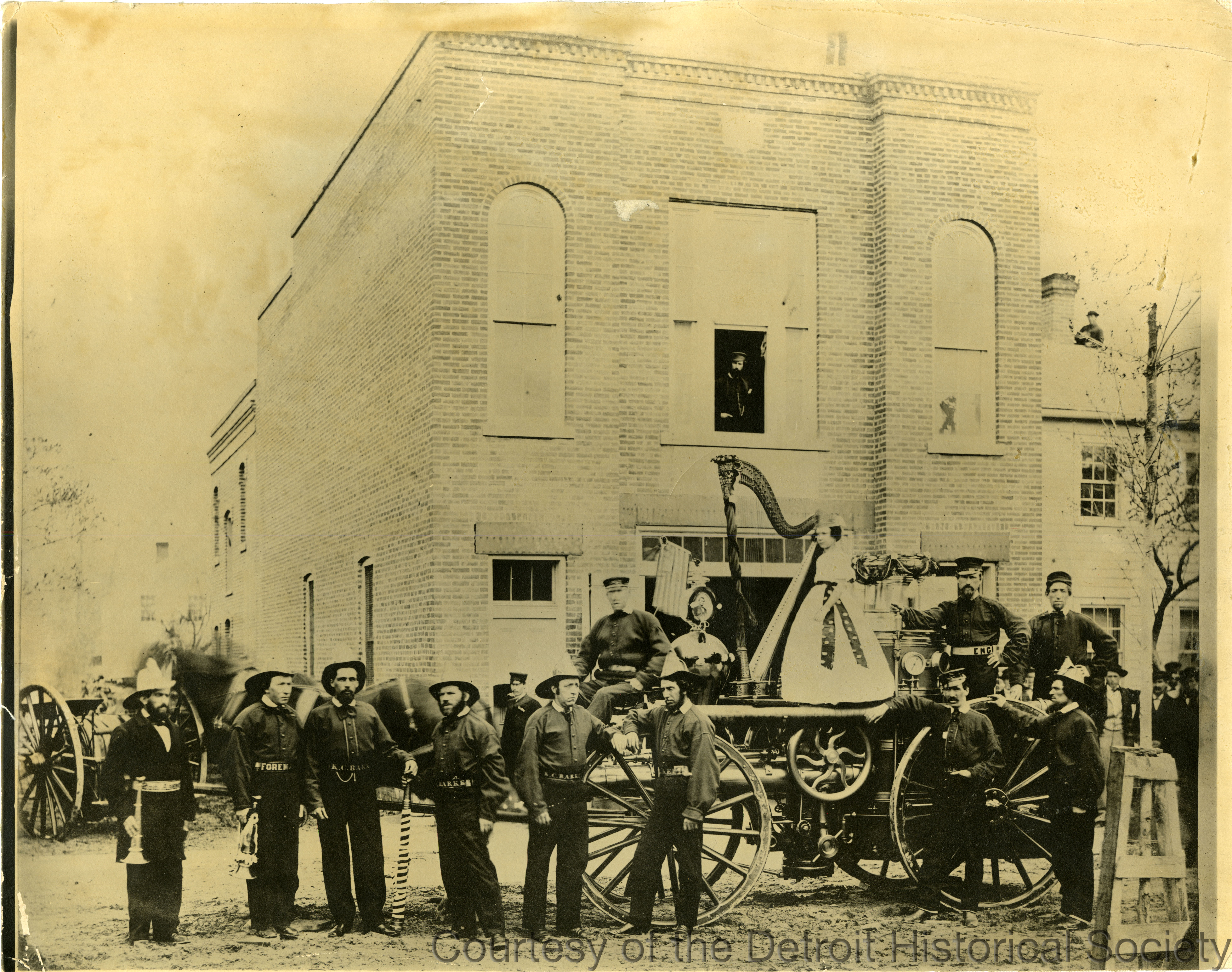 The firefighters of Detroit's K.C. Barker Company No. 4 posed with their engine decorated for a Lincoln memorial parade